When micro-credit provider CreditAccess Asia (CAA) switched to an automated consolidation solution,
it was keen to tackle a lot of the work on its own. A large part of the implementation was done by the organisation itself, with extra coaching each week from an experienced consultant. In this way, this fast-growing organisation was able to get the most out of the solution with as few days of consultancy as possible.

Implementing together at CreditAccess Asia

CAA is a micro-credit provider that focuses on micro and small businesses in Asia. This international organisation is ambitious, and is growing rapidly: founded in 2008, it now has more than 2.6 million customers in India, Indonesia and the Philippines, and more than 10,000 staff.

“Within this project model, most of the implementation is done by the organisation itself, with the guidance of an experienced consultant.”

For this implementation, CAA settled on CCH Tagetik. As an international lender, CAA had one key wish: they wanted to implement the solution via a coaching model. “Within this project model, most of the implementation is done by the organisation itself, with the guidance of an experienced consultant”, says Alwin Berkhout, a consultant at Finext who took on the coaching role.

In this way, this fast-growing organisation was able to get the most out of the solution with as few days of consultancy as possible. “The cost element certainly played a role,” explains Ted. “Our consolidation was not that extensive or out of the ordinary, so we felt that we should be able to do a lot ourselves based on the knowledge and experience we have.

“For an implementation with CCH Tagetik, a coaching model is not all that common,” says Alwin. However, the approach fits in well with CAA’s culture, and with its mission of offering simple and innovative financial services.

No more than 15 days of consultancy

The approach CAA chose was successful: the new consolidation solution was implemented in about 3 months, and with no more than 15 days of consultancy. “If I had to do this again, I’d certainly do it the same way,” says Ted.

Good planning is an important success factor in the coaching model. “On both sides you have to stick closely to the planning, or the implementation won’t go as smoothly as it should,” says Alwin. Ted agrees: “On the first day we immediately set aside one coaching day a week in our agendas, and we stuck to that.”

The weekly coaching days are divided into two parts. “At the start of the day we first looked together at how the past week had gone: are there any questions, and is everything set up well?” says Alwin. “In the second part of the day, I would offer any explanations needed, and at the end of the day, we would discuss the next steps to be taken.”

Ted noted that arranging meetings at fixed intervals was a good way to make sure that he and a colleague got everything done on time: “Each week Alwin would give us ‘homework’ for the coming week.”

Ted also took on the role of project manager, and drew up to-do lists, planning documents, and agendas, for instance. “With a coaching model, I don’t have time for all that: I have to focus on guiding the implementation,” explains Alwin. “Of course, we could also do the planning at Finext, but then we would have to be here more often. And in fact, it would then become more of a coaching-plus model.”

The implementation uses the Fast Implementation Template (FIT) that Finext has developed based on best practice. By working with this template, simple and clear choices can be made about the consolidation process.

“CCH Tagetik can be seen as a standard kit, with technical features you can easily use,” says Alwin. “On the first day, I installed the template as a basis for the work to follow. This way, you don’t have to build the entire consolidation from scratch. For example, the consolidation on the Dutch market is already built into the template. Thus you can re-use what is useful, and remove what’s not needed.”

In addition to the implementation, Alwin produced a number of reports around the end of the year to provide various ‘IFRS disclosures’. “We really appreciate the flexibility of being able to pick up a number of things on an ad hoc basis”, says Ted. For this and other reasons, he is upbeat about how CAA and Finext worked together. “We liked it very much, and not only because of the flexibility, but also because of the knowledge and experience that came to the fore during the project.”

“I now have more time for activities that bring added value, such as analyses. And that has made my own work more interesting.”

Ted is enthusiastic, not only about the progress that has been made on the implementation, but also about the results the new solution is yielding: “The year-end closing went well, and the quality went up. Thanks to the checks and balances that were built in, we know for sure that things will go well.” And quarterly reporting has also been improved. “We now have a better- managed and well-planned process for group financial reports.”

But he says the most important advantage is the amount of time that is saved: “Now I can do more qualitatively oriented tasks, instead of fussing about, exchanging and connecting Excel worksheets. I now have more time for activities that bring added value, such as analyses. And that has made my own work more interesting.”

Ted sees even more opportunities to use CCH Tagetik to support CAA’s further growth. “Now we will be able to do more-frequent reporting, for example with monthly reports”, he says. “We are not yet consolidating at the monthly level. It is mainly qualitative information that goes into Excel reports. The next step is to report this qualitative information, such as the number of customers and so on, via CCH Tagetik as well.”

He also sees opportunities around the end-of-year reporting process. “We can add budgeting and planning, which are still missing. And in the future, I would like to further automate the entire process surrounding the annual report, so we’ll go more in the direction of Disclosure Management.” 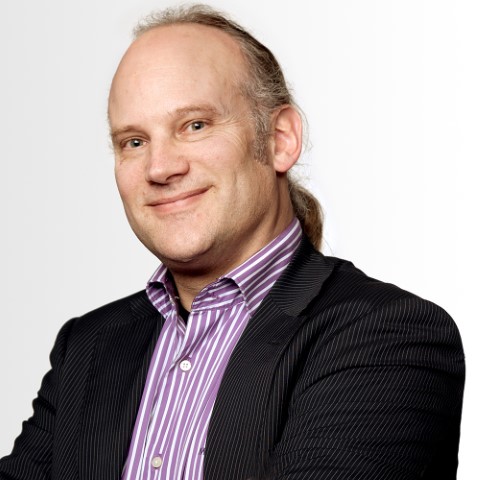 There is almost no large organization in Holland where Alwin has not been working for over the past 20 years. Curious about his experiences and best practices? Feel free to contact him.

How to improve the adoption of your (digital) solution?

A recurring pattern over the last few years: in areas of high financial complexity, the sharing of knowledge is becoming more and more of a bottleneck in recurring processes. Also, existing documentat...

Selecting a suitable Performance Management (EPM) solution is not easy – that’s why VodafoneZiggo used a thorough selection process. Applying use cases and involving the users during the entire se...