Mourik is an international organization working on project basis, with 2000 employees worldwide. The family-run business was looking for a solution to standardize its consolidation processes. At the same time, the organization wants a flexible way of handling the processes in the 80 entities, such as closings at the end of the month and at the end of four-week periods. The implementation of Tagetik helps keeping the consolidation under control.

“Our goal is to standardize the financial processes more, keeping them under control,” says Gerald Rietveld, Financial Controller at Mourik. The family-run business is a broadly-oriented organization working on a project basis, with 2000 employees worldwide. Previously, the construction company used Excel to consolidate its 80 entities. “Changes meant a lot of work, so we did a complete but minimum consolidation only once a year,” says Auke Droogh, controller at Mourik.

“Is reporting important enough to change the payment of salaries?”

Monthly and every four weeks

Despite the standardization, the family business wants to handle the internal processes within the entities flexibly. This sounds like a contradiction at first glance, but does fit well with what the business wants. “The majority of our entities work with four-week periods, but our international entities and a few of the Dutch entities work with month ends,” explains Auke. Not changing everything to a four-weekly cycle was therefore a deliberate decision. “Traditionally we work with four-weekly reporting periods, like many other construction companies. That matches with the payment of wages. However, the international companies and a few of the companies we have acquired, report monthly, which corresponds to the payment of salaries at those companies. Salaries are the biggest cost item in our sector. You have to consider whether reporting is really important enough to change the payment of salaries to match.”

This choice also means that full consolidation with intercompany matching can’t be done throughout the year. Auke says, “This already gives us a perfectly good idea of the figures. Previously, we didn’t have a consolidated balance sheet for each period, so we’ve already made a lot of progress.”

Ease of use in the cloud

Mourik has chosen Tagetik to facilitate the consolidation processes. “In particular, we valued ease of use very highly. Our users are accustomed to Excel, and Tagetik stays close to that,” says Auke. “Tagetik is user-friendly and it matches the requirements well,” says Benno van Ingen. Benno, who works for Finext, helped with the selection process and the implementation of the new consolidation solution.

During the selection, Mourik was mainly looking at cloud solutions. “As a business, our philosophy is to outsource as many systems as possible,” says Auke. “This has to do with support: the computing capacity of all systems keeps increasing so you have to add extra servers to your own hardware every year. In addition, we’re moving towards a 24-hour society, where organizations operate 7 days a week and 24 hours a day. To control that, you’ve got to employ a lot of people. In the cloud you can share this with others, making it much less expensive.”

The Fast Implementation Template (FIT), based on best practices, was used for the implementation. The template was developed by Finext using its experience at other organizations and accelerated the implementation of Tagetik. “Using the FIT Template made the switch to Tagetik relatively quick,” says Gerald. “We had a first data model with all the schedules and reports pretty fast,” says Benno.

Transferring historical data turned out to be more difficult. “That data came from Excel, rather than from some other consolidation system,” continues Benno, “so a lot was missing.” “Previously, the data wasn’t very clear and some entities used different accounts,” agrees Auke. “We had to think about all those kinds of things too. It’s become more uniform as a result.”

“We spend more time on the balance sheet each period, which saves us a lot of effort at the end of the year” 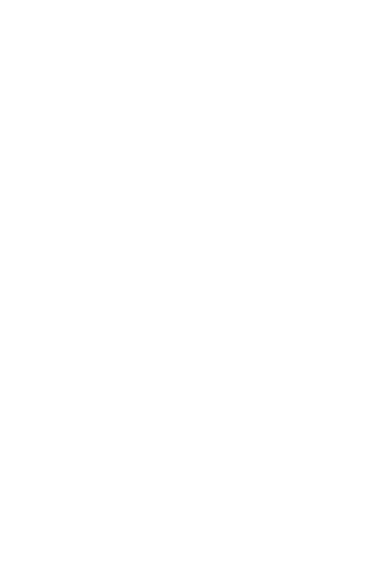 As an addition to the FIT Template, a liquidity prognosis was built. “We started out making forecasts once every four weeks and then we went to once a week,” says Auke. “I think that’s one of the benefits of the system: it’s very flexible.” The liquidity forecast looks at the required effort from the business as well. “The liquidity forecasts don’t cover the full consolidation cycle: they’re only submitted by the fifteen key companies. That’s where it’s relevant,” says Niels Sterkenburg from Finext.

Making allowances for the users is typical of the project. Benno says, “The idea wasn’t to go for a Big Bang, but to grow slowly until fully delivered.” “We came from Excel and weren’t used to working in a single structure,” explains Auke, “so you can’t expect that to happen at once. We taught the users individually – this is the dashboard; this is where you can fill out the details. You then see that most people can do it themselves; in fact it’s very simple.”

The implementation of CDM, the Disclosure Management solution from Tagetik, will help even more. “You have a direct link to Word from the source in Tagetik,” explains Niels. “There is a single version that multiple people can work in at once, which standardizes the reporting process even more.”

Mourik is positive about the results of the new consolidation solution. “We achieved standardization using Tagetik, with more insights and faster period ends,” says Auke. “That took four to five months at first, but now it’s quicker.” “We spend more time on the balance sheet each period, which saves us a lot of effort at the end of the year,” adds Gerald. “The next step is to tackle analyzing.”

Auke and Gerald are also positive about Finext. Auke says, “I knew Finext from my previous employer. I like the way they work; there’s no army of consultants and directors, but instead a pragmatic approach to get the work done together.”

Smart insights through effective dashboarding with Board

Have you invested a lot of time in a project, and are you wondering if you are still on track? Or do you quickly lose the overview because you use different data sources? In moving times, it is import...

Board 11: the latest features of Board software

Do you wonder how you can easily translate the most complex business processes into effective business models? And do you want to achieve fast performance with great ease? With Board 11, powerful func...

In this webinar, Stef Jansen in de Wal shows the IFRS 16 solution in Anaplan, developed by Finext. Watch the webinar below....

Huisman Equipment is a leading designer and manufacturer of innovative technical solutions. The company has multiplied over the last ten years and needed a better understanding of business trends. Tha...